November 22, 2018
We started off celebrating on thanksgiving eve at Jeffrie & Emma's house.  This tradition began last year, so two years in a row it becomes a tradition....right? 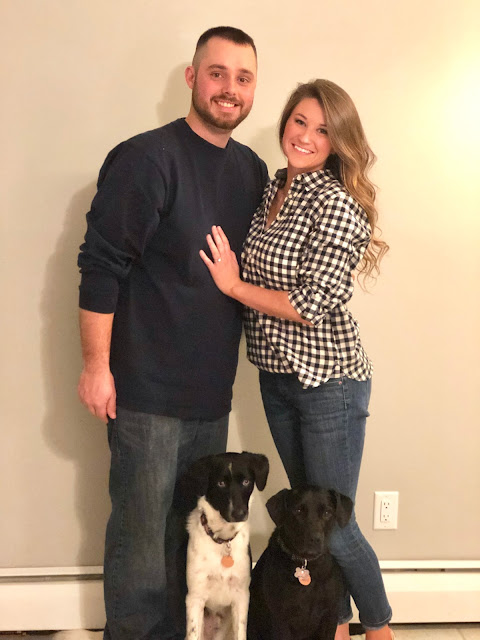 It was a little different this year as Jeffrie finally popped the question & gave her a ring.  There will be another wedding in our future.....it looks like 2020 for that one! 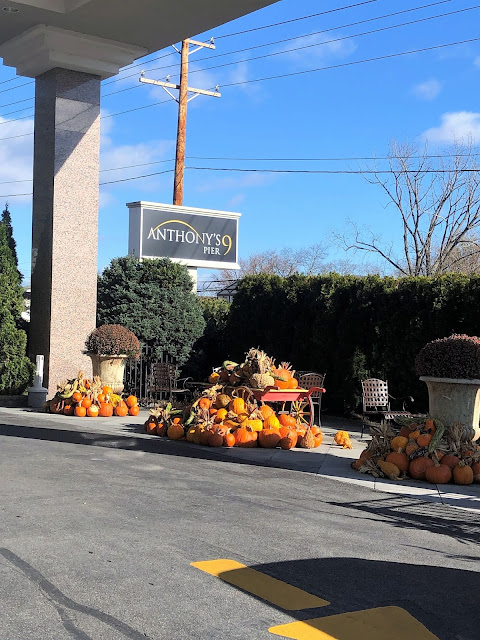 We were meeting JoAnne & Peter along with Josh & Carol for Thanksgiving day.  We had liked the place we went to last year so I made reservations there again.  Don't let this blue sky fool you....it was brutally cold.  One of the coldest ones in quite a few years! 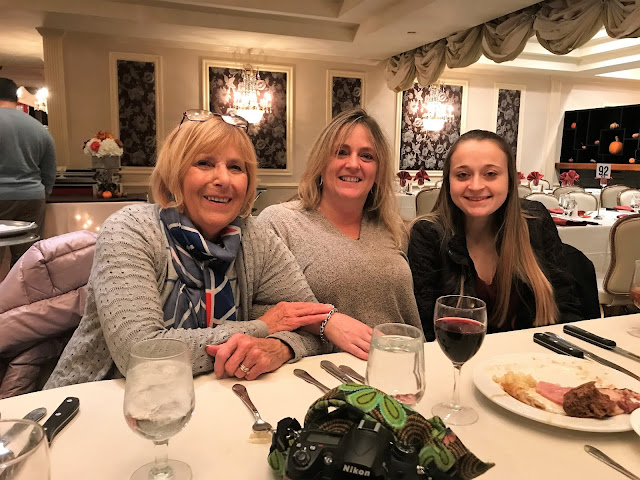 The reason Josh has that "grin" on his face was because he had just pointed out I was wearing the same cardigan as the previous year & then proceeded to pull up the pic on his phone.......slap him😝 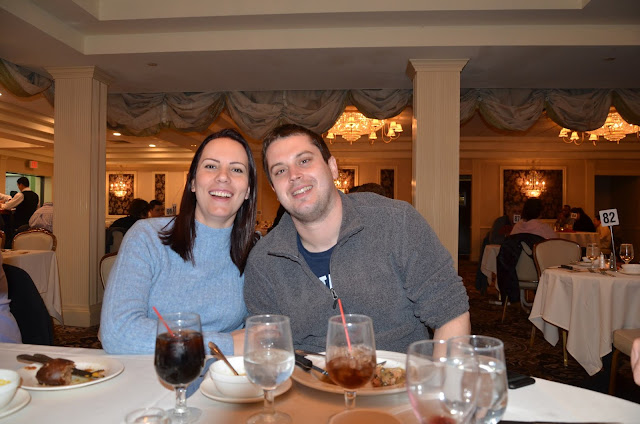 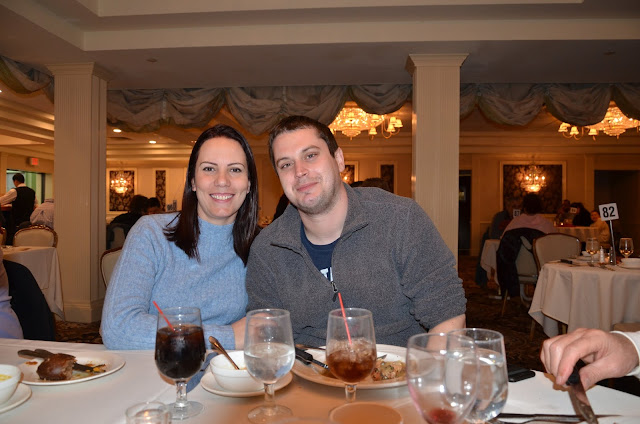 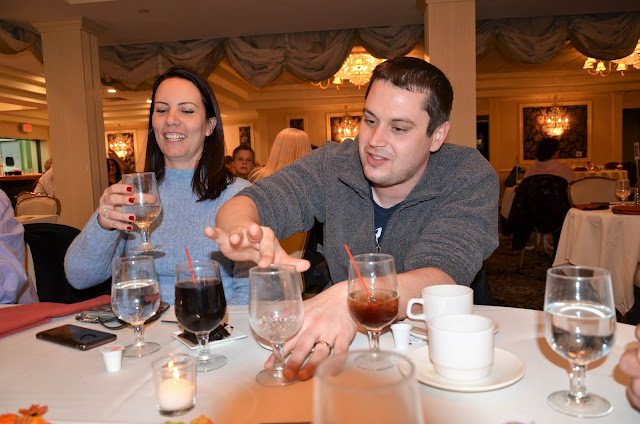 We had after dinner music playing with the water glasses! 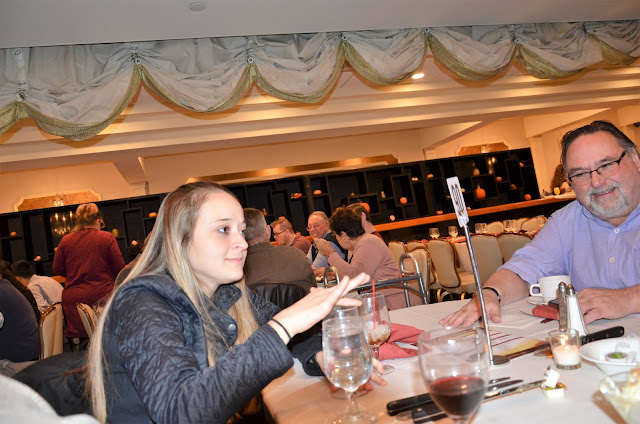 We asked the hostess to take out picture & when I handed her the camera I said take lots of shots.  She assured me she did but this was the only one.  I know my camera is intimating but still?
Good thing we're all looking & have our eyes open😲