April 10, 2018
Popster tells everyone that I stay awake at night dreaming up projects which may or may not be true.  Any how for a few years now I have been bugging him about putting a front porch on our house.  A couple years ago someone on a street near us where we walk added a porch which made me become even more convinced it would really change our house for the better.  Last December he came home one day & told me to check out a different house in our neighborhood who were also putting a front porch on.  He wanted to know if that was what I had in mind.  I was over there before he finished his sentence & was calling him saying YES that's it!  We finalized all the plans & signed a contract in January but, of course, the weather turned bad & so they weren't going to do it until March 1st.  Then we had all the snow so the job get getting pushed back. 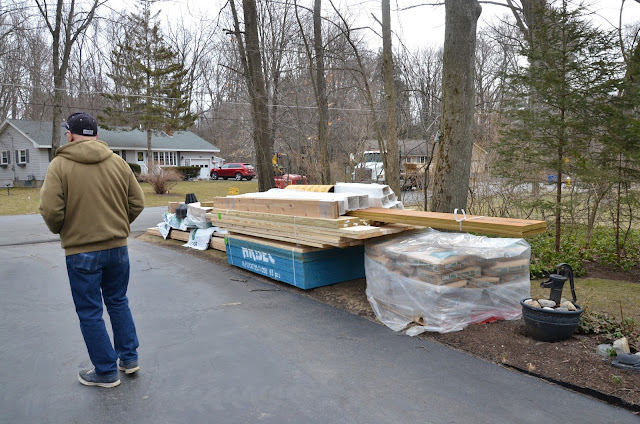 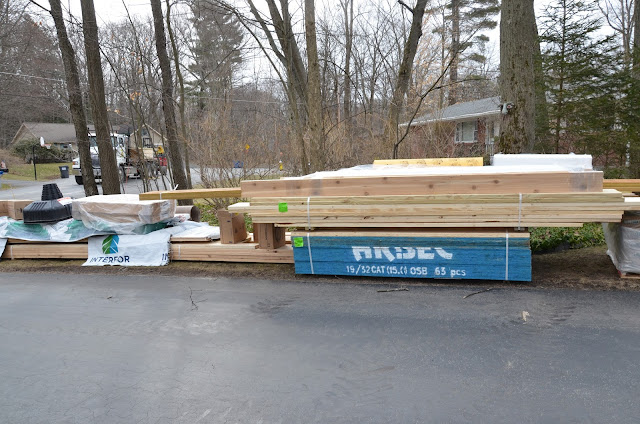 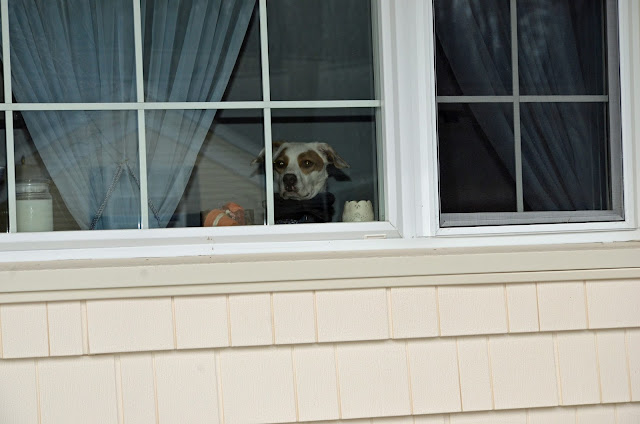 Luna wasn't allowed outside as she lends new meaning the word "watchdog"! 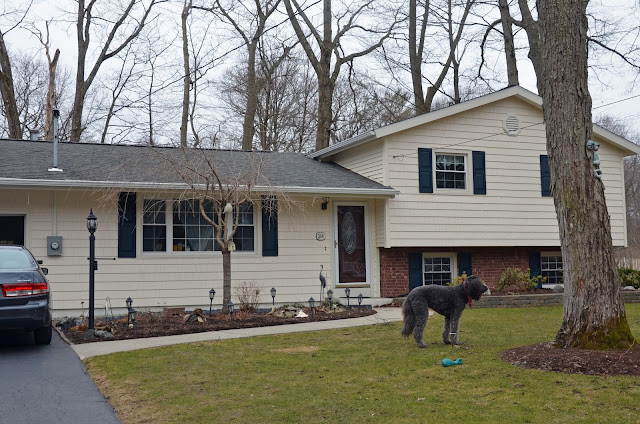 I figured I'd better take some before pics 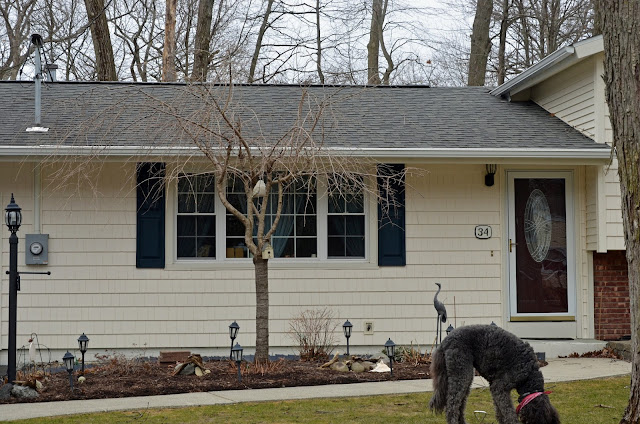 Molly decided to photo bomb them! 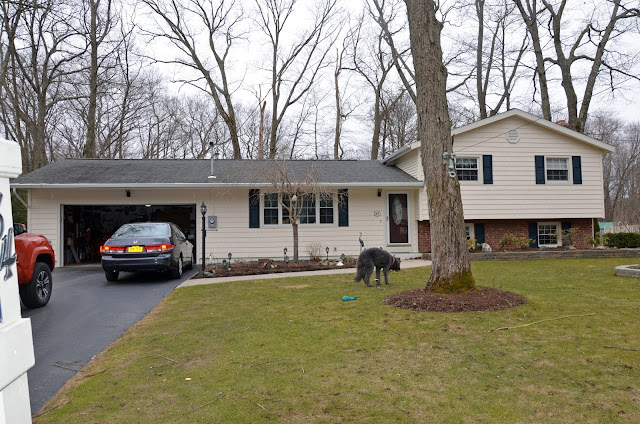 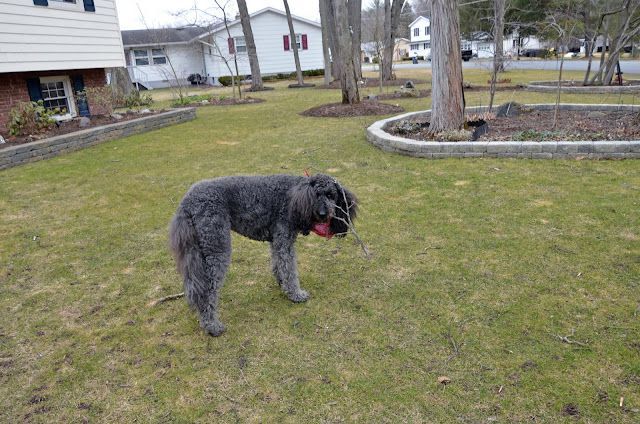 Helping pick up the yard 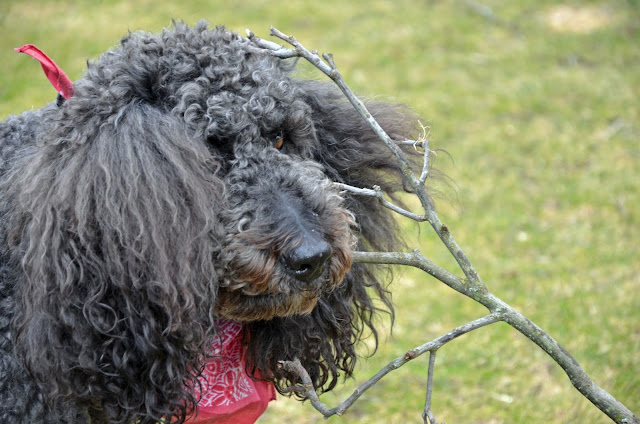 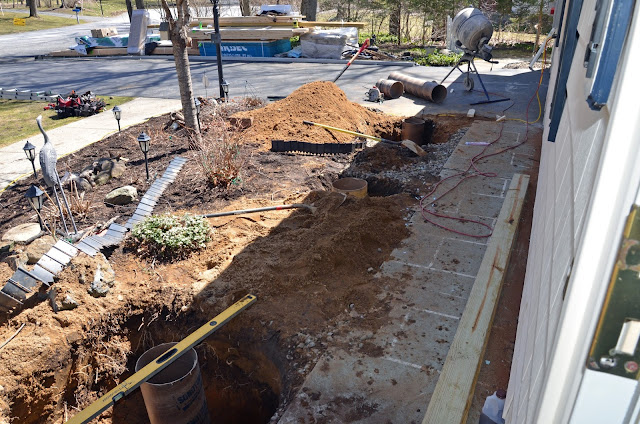 Day one consisted of digging holes big enough to bury bodies in.....I was picky about where the support columns would go.  I didn't want them in front of my window so that meant a couple of the piers will be supporting most of the weight of the roof hence the 2 really big holes! 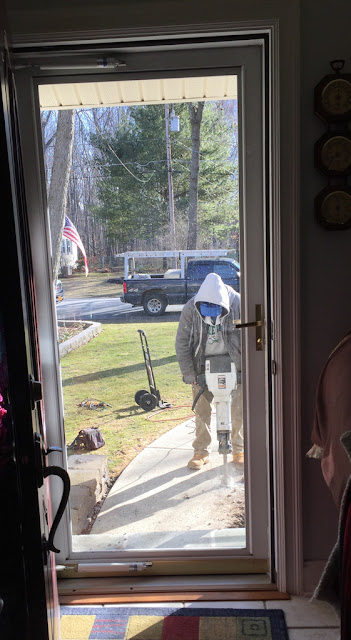 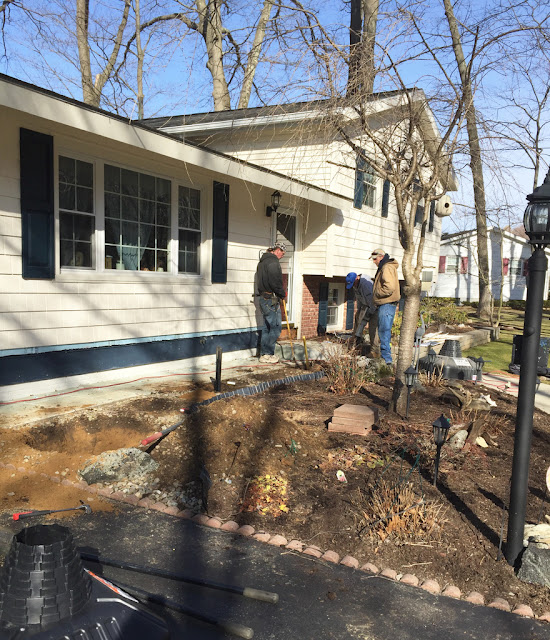 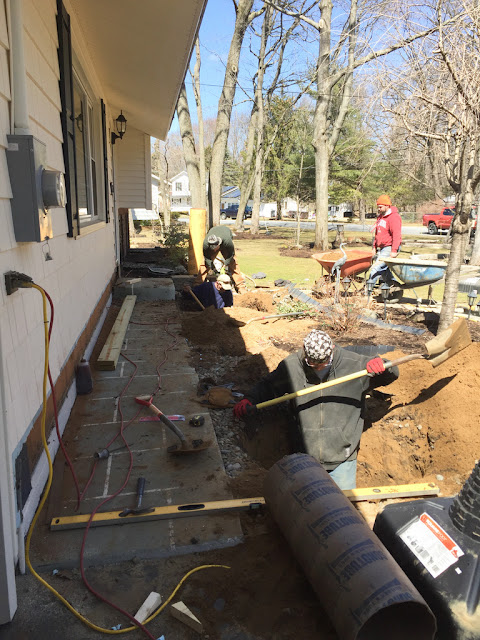 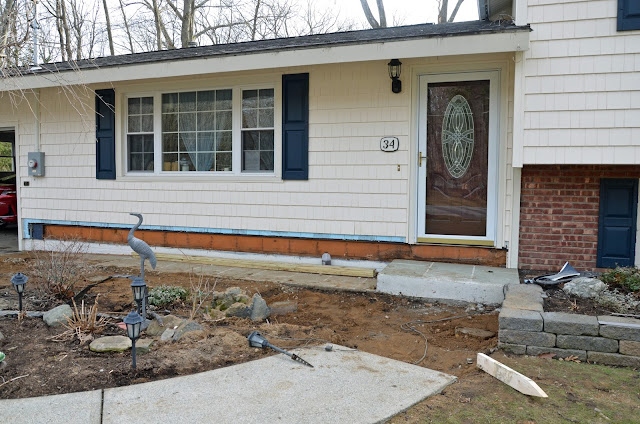 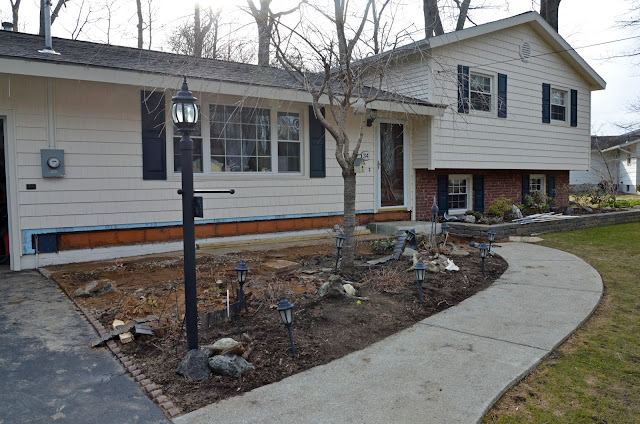 By the end of the day, the sonar tubes were filled with cement & it was inspected ready for the next stage.
Love