By Golly Miss Molly...you did it!!

August 17, 2013
I decided not to say anything but Molly was entered in an AKC event this weekend.   I just wanted Popster to enter her in beginner novice obedience but he decided to also put her in novice rally ....both days!!!   I had volunteered to steward so I was there at 7:30am but Molly's events were this afternoon.  As luck would have my ring finished early so I was able to watch her. 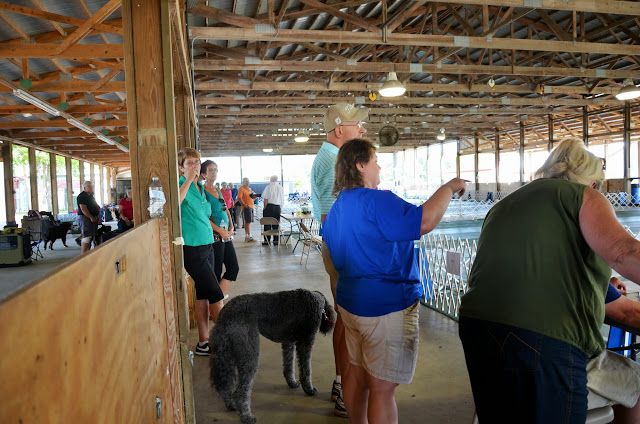 Here he is getting some last minute advice from one of his instructors. 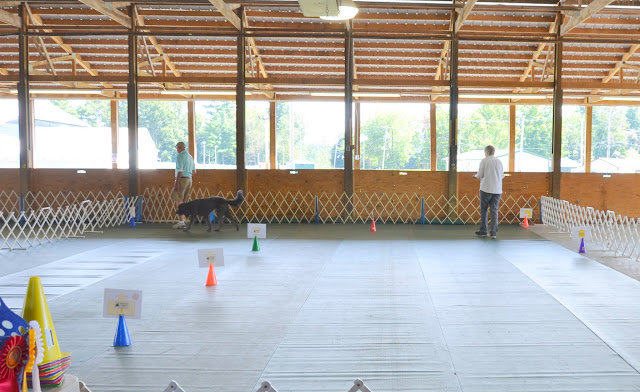 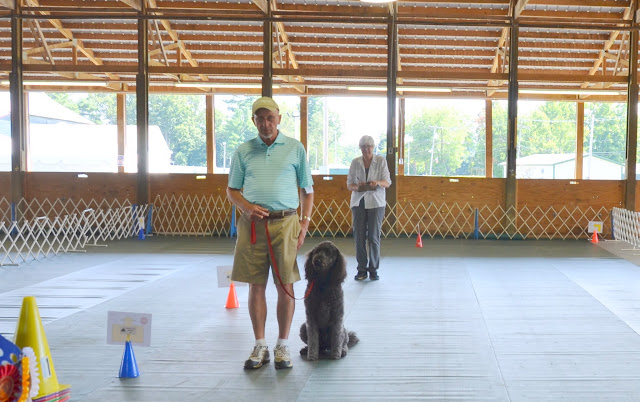 Nice sit at the finish 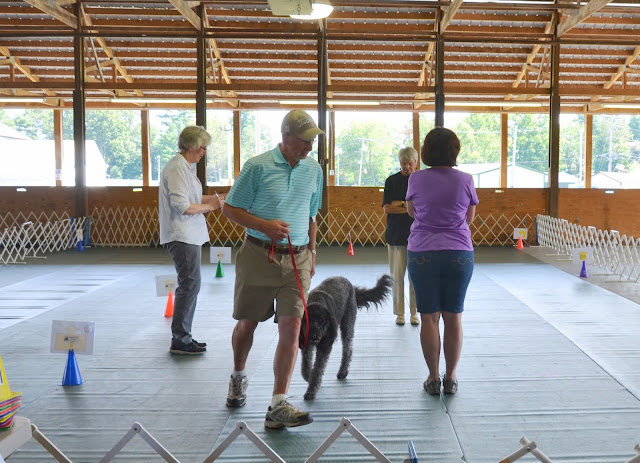 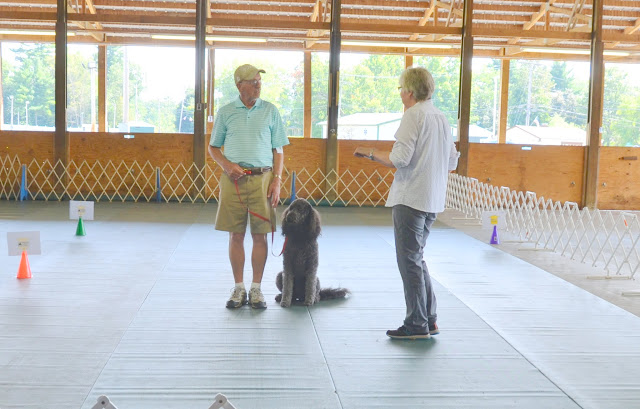 This was the sit for exam 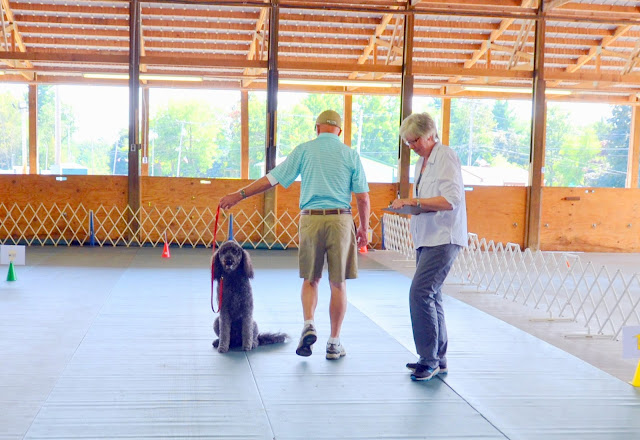 Whew got through it.....I was barely breathing at this point! 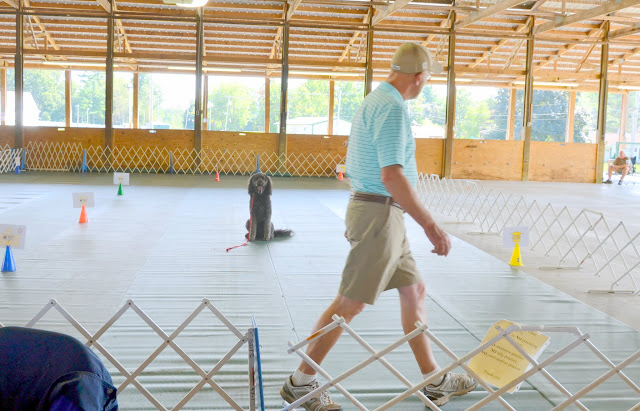 Here she had to sit in the middle of the ring while he walked all the way around the outside. 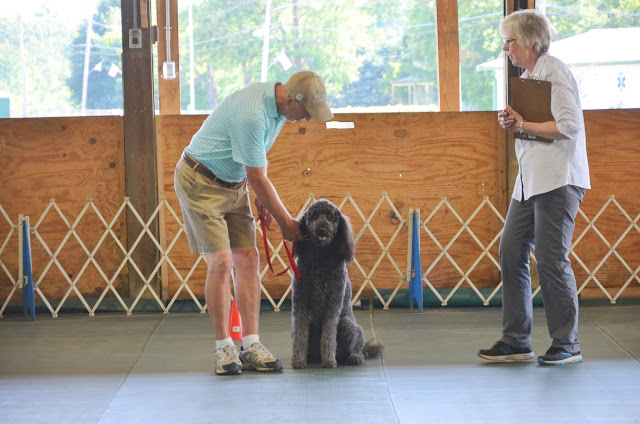 Now come the recall.....you know the one where Molly usually goes "Yahoo"!  Don't know how I manged to get pictures while hyper-ventilating! 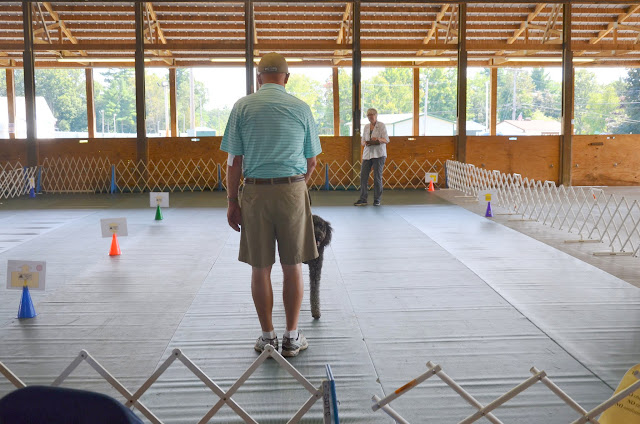 Right to him with a sit.  YES! 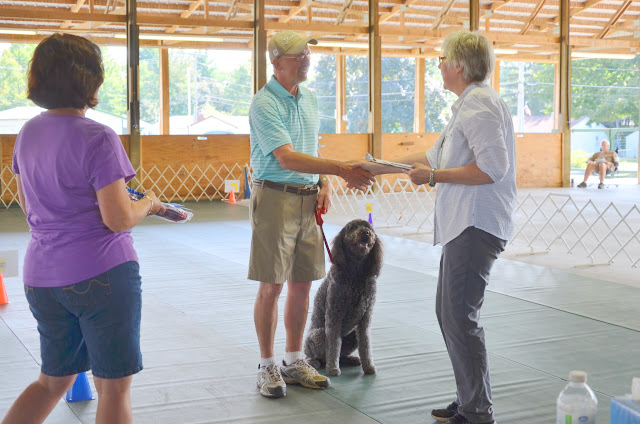 All we wanted was for her to qualify but she was the only dog to do so which meant......... 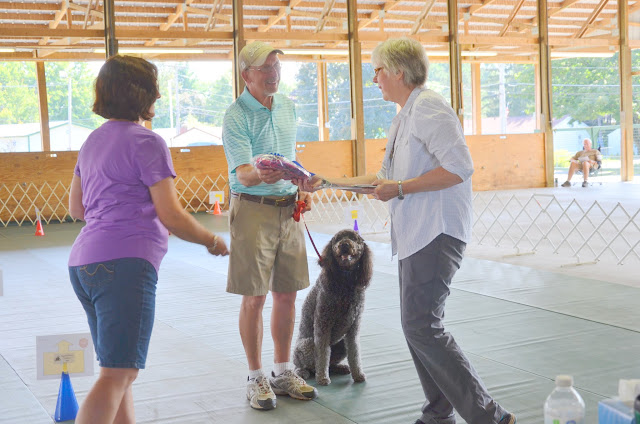 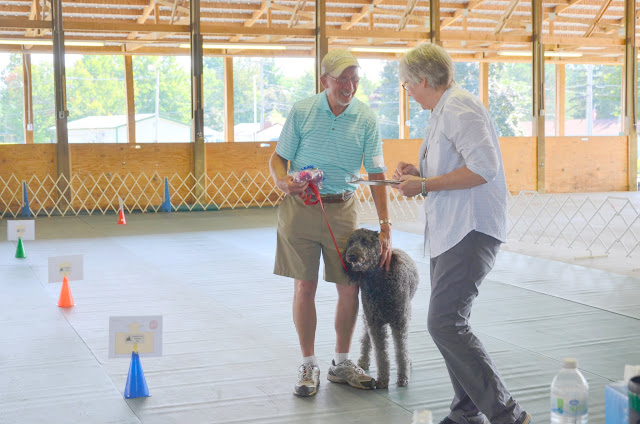 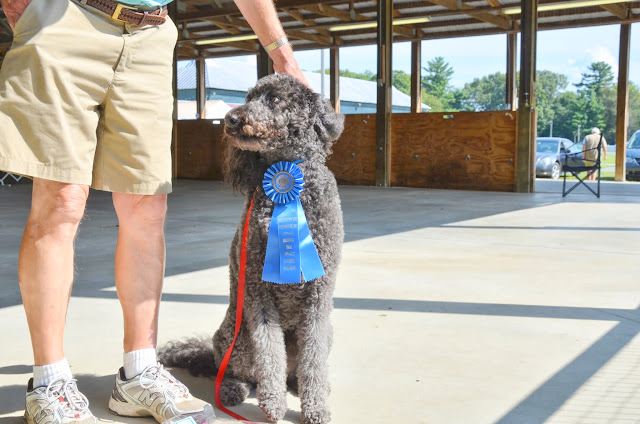 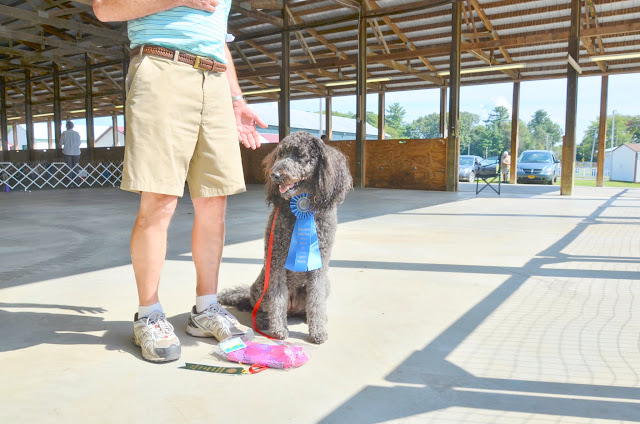 She was "toast" after that so did not do well in rally but tomorrow is another day!
Love