February 24, 2013
The dog club we belong does "run throughs" once a month .....they are set up just like a real trial & anyone can pay to put their dog in it.  Instructors from our club are judges & they put the dog & trainer thru the same routine as in a trial & usually offer constructive criticism.  It's a great way of practicing with your dog.  They use club members to help as stewards & reward that with a free run through.  Popster & I helped at the last one & they were having one again this past Sat.  We not only volunteered to help but decided to put Miss Molly in the Novice run through.  I wanted to do beginner novice but Dr Ruth Betty was running it & insisted Molly could do novice.  Now keep in mind since I took over all the obedience training with Molly Popster is never there because of the problems we had in the beginning, she tends to amp up her misbehavior when he's around! 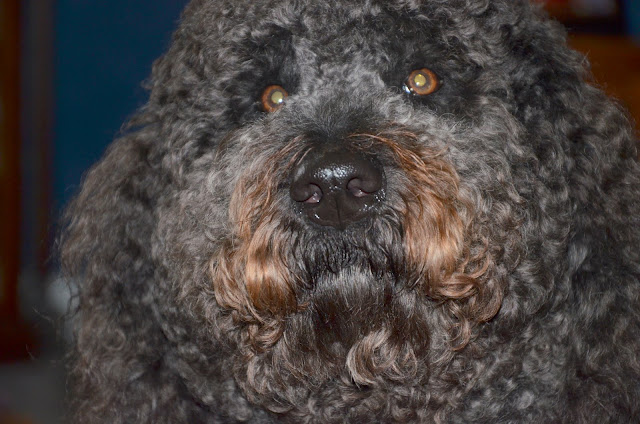 Sat ended up being a ridiculously long day as there were so many dog doing the higher levels which I was helping with.  We had gotten there around 10:00am & Molly was in the car most of the time with only a couple short walks during that time.

It was after 1:00 when the novice finally started.  There were 15 dogs & they did the long sits & long stays to begin which Molly aced with no problem.  Then we were about 10th on the list so Molly was running out of patience.

It was finally our turn.

We started out okay doing the heeling routine on leash.  Next was figure eights which Molly usually has trouble with, but did reasonably well.  It was then I relaxed a little(mistake #1)  as next was a stand for exam & every time the judge walked toward her Molly would wag her tail & meet her halfway like she was greeting her long lost friend.  After about the five hundredth try, while I was dying a thousand deaths, we finally got it right.

By then I was sweating bullets but we were almost done.  Next was off-leash heeling routine which started  off okay but, during the fast part she got that very familiar "wild" look in her eye & did a "classic Molly yahoo"  around the room.  I finally caught her & did a nose to nose lecture about inappropriate behavior & I swear she rolled her eyes at me.

It was then I felt that urge to break into a fit of giggles.

You know the kind, we've all been there,

We had to repeat the last of the heeling pattern with me holding her pull tab, & trying breath normally& swallow my urge to laugh uncontrollably.  Last part was a recall & I sat her down, choked out a "wait" & began the long walk to the other end of the room.  I had to stare at the floor because I knew if I made eye contact with Popster it was over.  I turned & somehow was able to get out "Molly front".  She flew the length of the room & skidded into a perfect front & then executed a perfect finish to heel!

We have learned that the only thing predictable about Molly is that she is unpredictable!

When it was finally over & we were leaving someone said " If you don't want to be embarrassed in life you should never have kids or dogs"   Well said! 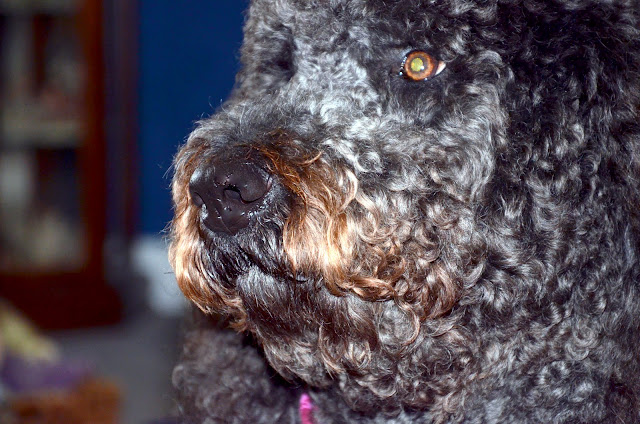