Take me out to the ball field

March 27, 2011
We were finally able to take Molly over to Jenkins today so she could have a run.  Not all of the snow has melted & it was absolutely freezing but she had a ball.  Ran around like she had never been free before! 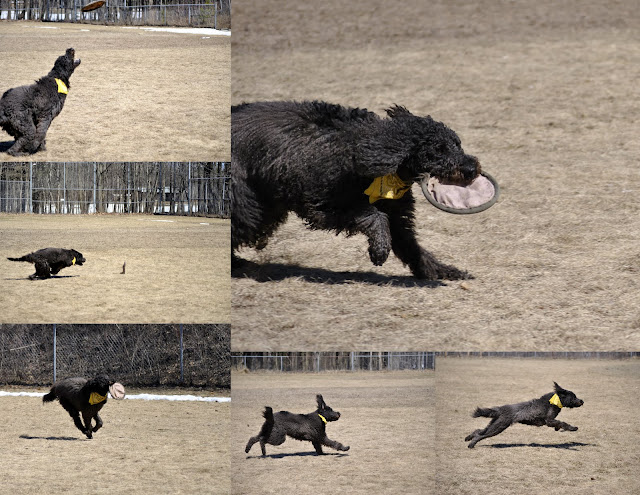 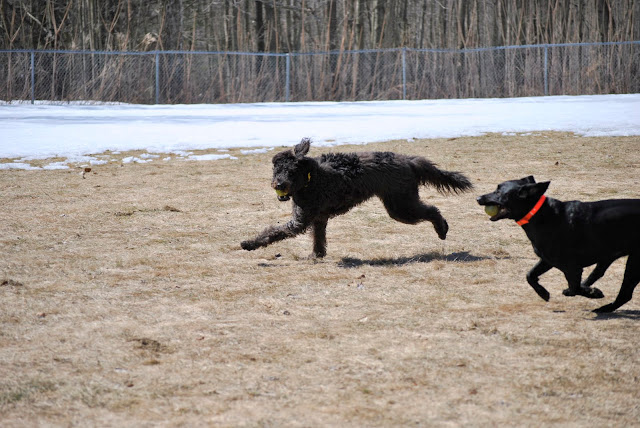 After we had been there for about 10 minutes someone else showed up with this black lab - Rickie.......then the fun really began.  They were each running around with a tennis ball & neither one would give them up. 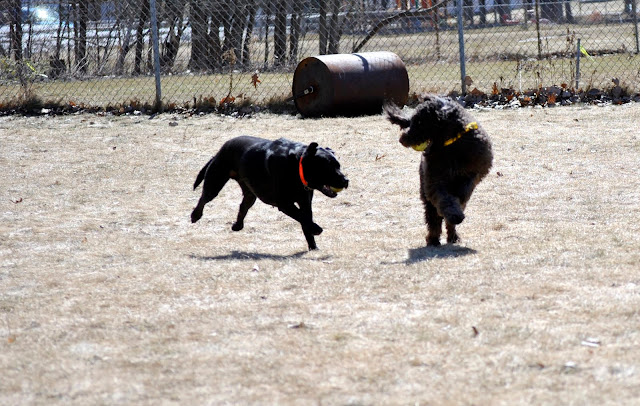 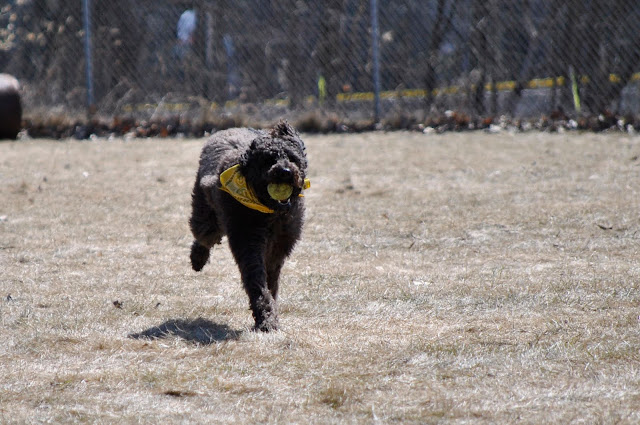 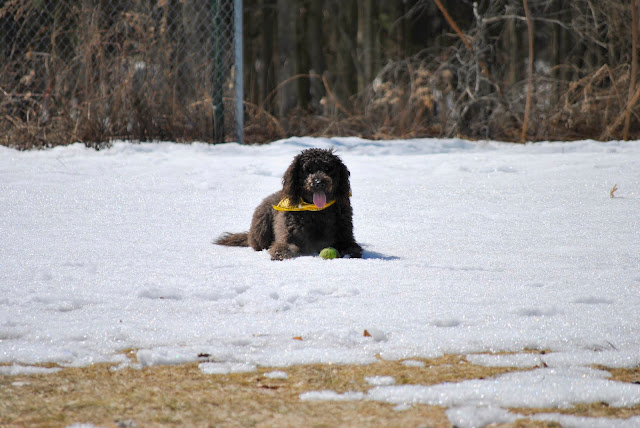 Molly is laying in the snow resting........hoping Rickie won't notice she put the ball down!