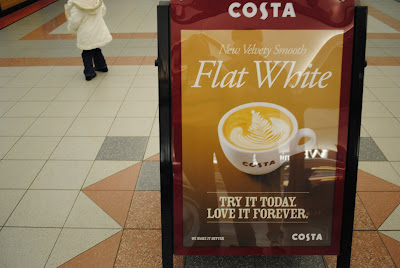 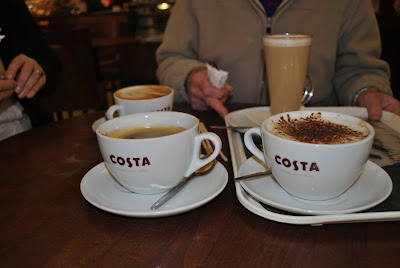 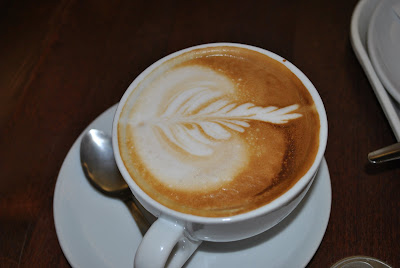 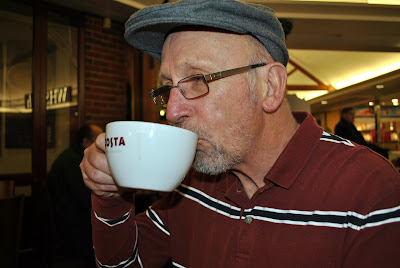 Keira conned Granddad into some sweets! 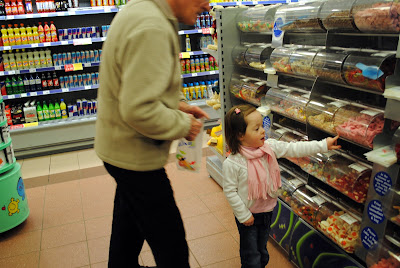 We got back into the car & about 30 miles from the airport ran into the morning rush hour! The english have a very interesting way of dealing with traffic...........they just keep alternating the speed limit from 60 t0 50 to 40. Seems to do the job & even though the traffics slows up it never comes to a complete stop. Meanwhile Greg, Jennifer & Nigel were in the same traffic coming from their direction. We all managed to meet up in the departure building at the same time. We didn't have to wait to check in so were able to have an hour together before we went through security. 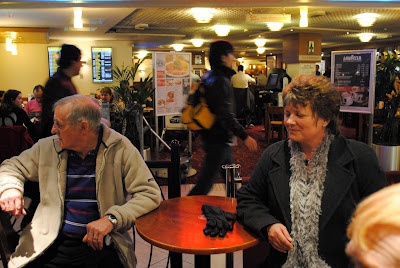 Love this picture of Greg! 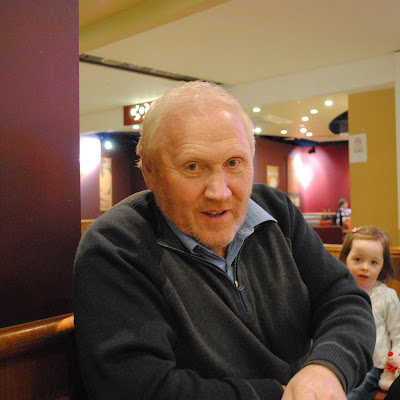 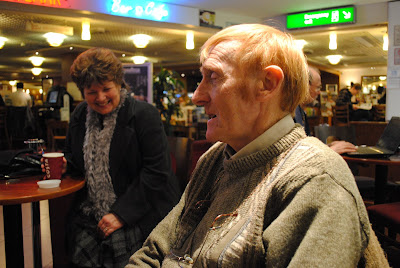 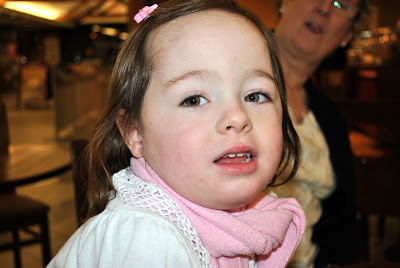 We finally said our goodbyes & we got in line at security. Much more intense than in the USA with everything being thoroughly scrutinized. Even though I was able to bring my knitting on the plane on the way there it had to go into my checked baggage on the way back! We got to our gate & went through another screening & pat down with all our bags searched again. Our plane was about 30 mins late taking off but we got some tail winds(never happens) so landed 40 mins early. The flight was very smooth even the landing in spite there being torrential downpours at Philadelphia.
After a little wait in immigrations we collected our luggage & called the valet service where we had left the car. They were there within 10 mins so after going back there to pay the bill we were on the road by 4:30 pm. Driving was horrendous between the heavy rain & rush hour traffic. I kept saying we should just spend the night somewhere, especially when I got a call from Scott saying how much snow there was back home. Popster wouldn't hear of it but when we drove from New Jersey into New York it turned to snow & the traffic was crawling along. He finally agreed we should stop, so with 100 miles left to go we found a hotel & crashed. It was 9:00 PM but our bodies were 5 hours ahead.