February 21, 2010
We got up to a rainy, gloomy morning.....but hoped it would get better. Naomi arrived & brought her border collies, Flea & Blitz with her. They are totally crazy dogs, with so much energy, but she is amazing with them. She trains both of them to do agility...Blitz is only a year & a half so she is still learning. Flea does competition with her & is very good! 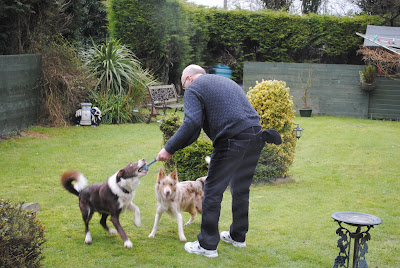 Molly prefers to sit on Terry's lap & is not too crazy about those other dogs! 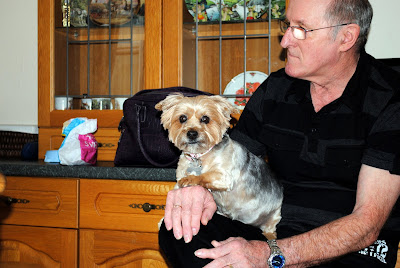 We went here for a delicious lunch...they had a typical Sunday dinner of roast beef, pork, & ham along with all the side dishes & of course, yorkshire pudding! 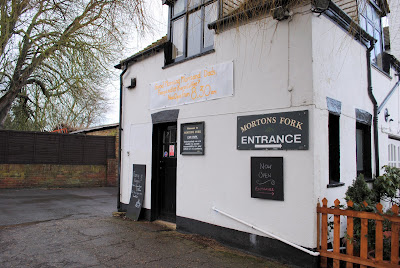 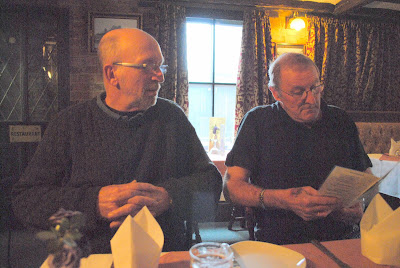 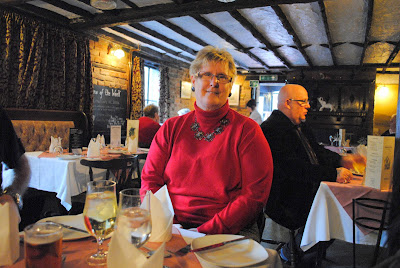 While we were there it looked like the weather was going to clear up, but no such luck it started raining again. We were going to take a drive to Dover which is where the Chunnel that goes from England to France but we wouldn't see anything with the weather being bad.
Instead we drove to Paul & Zoe's house. They live in Sturry, which is near Canterberry. After having a cup of tea/coffee we decided to take the dogs to the park as it had stopped raining. 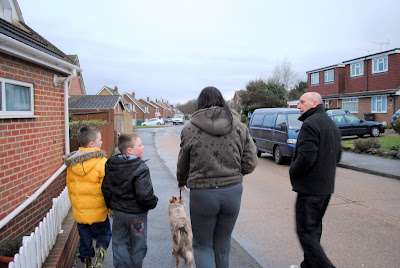 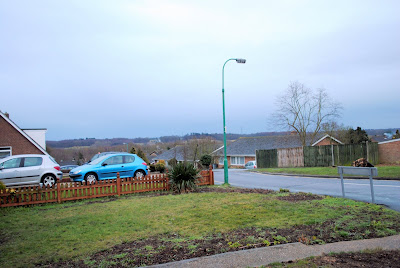 As you can see it was very muddy there but the dogs didn't care at all! 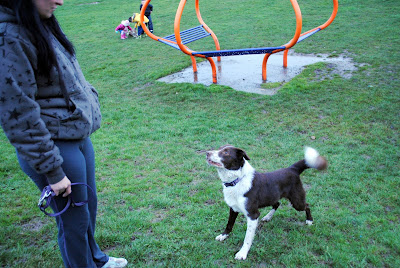 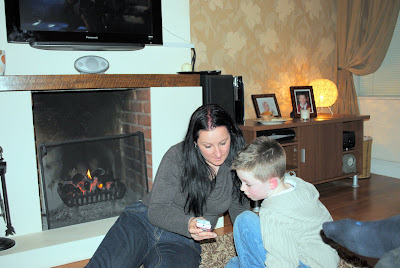